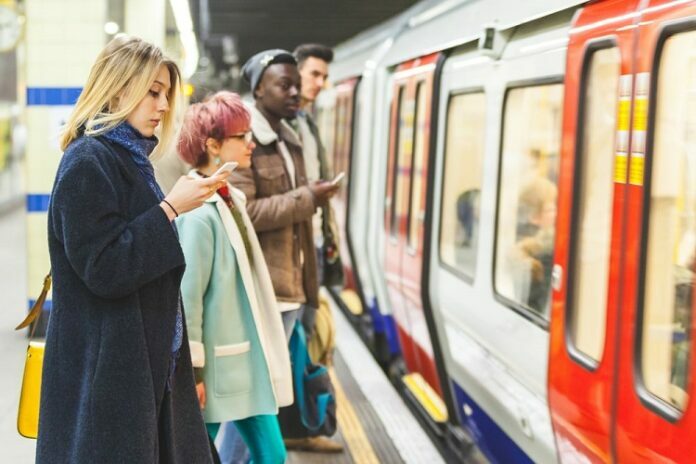 New York City is one of the most popular tourist destinations in the United States. More than 66.6 million individuals visited New York City in 2019, before the COVID pandemic began. Transportation is a major concern for tourists. Because of the city’s immensity, you must use the subway, buses, taxis, rental automobiles, or anything else that can get you from point A to point B. The subway is undoubtedly one of New York City’s most popular ways of transportation.It is inexpensive, convenient, and can take you almost anyplace in the city. Millions of New Yorkers use the subway every day to get to work or school, so they are well-versed in its operation. The subway, on the other hand, can be confusing and daunting for travelers at first. Fortunately, it is not as difficult as it appears.

How to ride the New York City subway.

Riding the subway in New York City can be challenging at first. The New York City subway system has 472 stations. Some are busier than others; for example, the busiest station is Times Square-42nd Street, which received over 65 million riders in 2019. Nonetheless, after you’ve mastered the fundamentals, you will be able to navigate the city with ease using only a map. Here are some useful tips for tourists:

How to read the subway map

When you first glance at the NYC subway map, you will see plenty of different colored lines, numbers, and letters. You must first learn about the city. Manhattan, Brooklyn, Queens, the Bronx, and Staten Island are the five boroughs of New York City. The subway connects four of the five boroughs: Manhattan, Brooklyn, Queens, and the Bronx. The Staten Island Railway is sometimes featured on NYC subway maps, but it is a separate system with no direct connection to the NYC subway system. Most tourists will most likely spend the majority of their time in Manhattan visiting various tourist attractions. The street system of Manhattan is made up of streets and avenues. Avenues run north and south, whereas streets travel east and west. The further you go west, the avenue numbering system increases. The further you go north, the street numbering increases. On the map you will see that these colored lines have numbers and letters. Using only the numbers and letters is the best way to identify the train that you have to take. Each white or black dot represents a subway station (we will explain the colors later), next to the dot you will see the name of the station. Underneath the name of the station you will see letters and/or numbers, these letters/numbers indicate which train stops there. We recommend you look for the most updated version of the New York City subway map on the MTA website and download it to your phone. That way you can always check the map if you get lost. You can also find maps in every subway station and every train.

How to find the correct station

Finding the correct subway stop is unquestionably one of the most critical aspects of using the subway system. Fortunately, this is not a difficult task. Every subway station has a name, although not every station has a unique name. If you look at the map, you will notice that there are multiple stations with the same name. This may appear to be very confusing. Fortunately, the easiest way to distinguish one station from another is to check the subway line it is in. Remember, that there are lines with different colors? Each color represents a different subway line. That means that it is possible to see two stations with the same name on the map, but you will never see two stations with the same name on the same subway line. Once you know which station to go to, the next thing to do is to find the entrance. Most subway entrances are easy to spot because you have to look for the staircases that go underground. In some cases you can find entrances to subway stations inside buildings, businesses or under bridges. So stay alert so you do not miss the entrance. You must also take into account that some staircases are not always subway entrances, in some cases they can only be used as exits. If you are meeting someone in a subway station make sure to confirm the entrance, big subway stations have more than one entrance.

How to read the colors

The New York Subway map has colors everywhere and it is important to understand them. First, you need to check the color of the line, each line has different services. For instance, the red line on the maps represents the line Broadway – 7th Ave. This line has three train services, 1, 2 and 3. That means that trains 1, 2 and 3 share the same tunnel, avenue or street at some point, but these three train services stop at different stations along the red line and they have different ending/starting stations. Learning the name of the lines is not necessary, but knowing which line and service to use is important. Additionally, on the map you will see that stations are depicted as a white or black dot. If the dot is black, that station is local, if the dot is white the station is express. Only local trains stop at local stations, whereas, all trains stop at express stations. Be careful with the train you use, you do not want to be stuck in an express train when you have to take a local train.

Do I need a MetroCard?

It is not strictly essential to use a MetroCard. Nowadays, there is a technology called OMNY that allows you to pay straight with a credit or debit card. If you want to use the MetroCard, you must first purchase one for $1. Each subway trip costs $2.75, and after purchasing your first MetroCard, you must load it with at least $5.50. You can reload the card as many times as you like until it expires, which is normally a long time in the future. If you want to stay in New York City for more than four days and need to use the subway numerous times every day, you can purchase an Unlimited Ride card. You can get the 7-Day Unlimited Ride for $33 + $1 for the card or the 30-Day Unlimited Ride for $127 + $1 for the card.

Most subway stations in New York City will have the phrases “uptown” and “downtown” written on them. The direction of the trains is indicated by these terms. Uptown, midtown and downtown are the three regions of Manhattan. When you see the words “Uptown & Queens” on a train sign, it signifies the train is traveling to Queens and north Manhattan. If you see a sign that says “Downtown & Brooklyn” at the entrance to a subway station, it means the train is heading south.

Here are some safety tips to take into consideration when using the subway in New York City.

Using the subway can be a little bit confusing at first. Nonetheless, after a couple of rides you will be feeling more confident. If you ever get lost or if you do know where to go, do not be afraid to ask a subway worker, they will gladly help you. Once you are completely comfortable with taking the subway, you will be able to go anywhere you want in New York City.

How to Find a Personal Injury Lawyer

What to Do if Charged With a Crime

How To Choose The Right Divorce Lawyer For Your Needs

Lawyer services: Solution to your Problems

Protect Your Interests With a Personal Injury Attorney